Every now and then I decide to work on these blocks again. I finished Delaware this week after working on it for……hmmm…..I don’t know how many months!!

I started out using 2 strands of embroidery floss, which was a pain, pulling off 2 strands each time I ran out. I was also marking it with a white chalk pen, which would wear off as I worked, so I had to keep remarking the design.

I wasn’t making much progress on these blocks. I’ve been working on them for years! Anyway, I bought this somewhere and decided that maybe if it looked like the 2 strands of emb. floss, I could switch over and use it instead.

I sampled it, and decided it was close enough, so I used it to finish the Delaware block. I was able to finish the last of the block a lot quicker than when I was using the emb floss. I also started marking the blocks with a friction pen. That way I don’t have to keep remarking. Last night I marked the Florida block and got this much done. 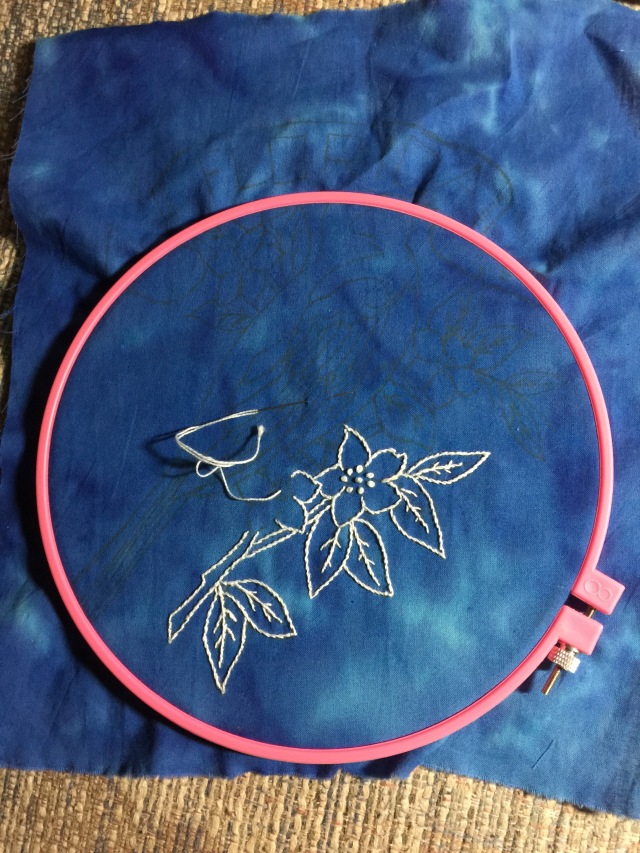 I’m hoping that I will stick with this project now and get several blocks done before it gets set aside, again! 9 down 41 to go!! 🙂

Please enjoy what you read and see here. But remember it is mine. So please don't take anything off my blog without my written consent. Thanks!

Create your own visitor map!